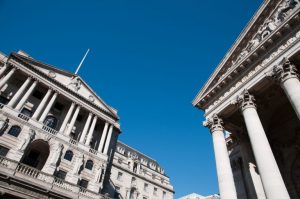 The Bank of England (BoE) has indicated that interest rates are set to rise sooner and by a greater extent than it previously anticipated.

While the nine-member Monetary Policy Committee (MPC) unanimously voted to leave rates unchanged following February’s meeting, new guidance was issued suggesting that the pace of monetary tightening is likely to accelerate if the economy remains on its current track.

The UK interest rate cycle has only recently begun to move upwards, with the BoE announcing the first rate rise for more than 10 years in November 2017. This shifted the bank rate from 0.25% to 0.5%, with BoE forecasts at that time indicating a further two quarter point increases were likely over the next three years.

However, it now appears there could be a third increase and that the rises could come sooner than expected. Specifically, the BoE said that rates may need to rise ‘earlier’ and by a ‘somewhat greater extent’ than was perceived at the time of its November review.

This change in stance partly reflects faster expansion across the global economy and the benefit that the UK has experienced from that growth. In addition, wage increases are expected to pick up over the coming months, which will provide further impetus to the economy.

A note of caution was sounded, though, with the BoE stressing that its forecasts are based on a ‘smooth’ transition in relation to Brexit. It therefore warned that future monetary policy decisions could be affected by how businesses and consumers react to the terms of the UK’s impending EU departure.

The MPC reconvenes on 22 March, although the consensus is that rates are likely to remain unchanged at that meeting. However, a growing band of economists are now predicting a quarter point increase at the following meeting scheduled for May.

Are real earning set to rise at last? 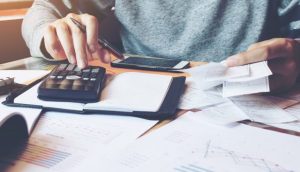 Although pay growth remains modest and is still lagging behind the rate of inflation, there is evidence that workers could be in line for bigger wage rises.

The latest data released by the Office for National Statistics (ONS) showed that average weekly earnings, excluding bonuses, increased by an annual rate of 2.5% in the three months to December. While this was above the 2.3% figure reported in the previous three-month period, it does mean that the rate of pay growth is still less than inflation.

Indeed, in real terms, regular pay actually declined by 0.3% in the three months to December compared to the same period a year earlier – the tenth successive month that this measure of earnings growth has fallen when inflation is taken into account.

There is growing evidence, however, that wage growth could be set to rise. A BoE annual survey published last month, for instance, revealed that firms expect to offer average pay settlements of 3.1% this year. This compares to 2.6% last year and is the highest figure since 2008.

This anticipated rise in pay settlements partly reflects changes in the minimum wage, which will be increased to £7.83 for those aged 25 and over in April – a 4.4% annual increase. In addition, employers said they were experiencing increased cost pressures due to a lack of foreign workers and difficulties recruiting and retaining staff.

Further evidence of wage pressures was delivered by the Recruitment and Employment Confederation. Their latest survey suggested firms are struggling to find good-quality staff and are raising salaries at the fastest rate since June 2015 in order to attract quality employees.

While these surveys have developed a reputation for exaggerating future wage pressures, they do suggest that the tight labour market could at last be stimulating a pick-up in pay growth. 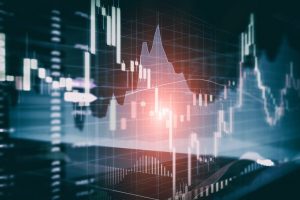 In the US, the release of US gross domestic product data showed fourth quarter growth was not as strong as originally anticipated. US GDP grew by an estimated 2.5% in the last quarter of 2017, one tenth of a percentage point lower than the previous estimate. Worries over interest rate rises dragged at month end, the Dow and S&P 500 capped their worst months since January 2016. The Dow Jones closed at 25,029.20, down 4.28% over the month, whilst the technology weighted NASDAQ index also slid (1.87%) to end the month on 7,273.01.As temperatures dipped at the end of the month, so too did the markets. In the UK, the FTSE100 lost over 50 points on the last day of trading to end February down 4.0% on 7,231.91 – a recovery from its mid-month low of 7,092.43 on 9 February. On the last day of the month, the index fell in early trade following comments from the new chair of the US Federal Reserve, Jerome Powell, outlining his expectation for further gradual interest rate hikes over the coming year. The wider FTSE250 also closed the month in negative territory at 19,687.27, a monthly decrease of 2.75%. The Junior AIM followed suit with a 2.87% fall to finish the month at 1,038.32.

In Asia, equities were knocked by poorer-than-expected economic data, including weak Japanese factory output, retail sales and manufacturing data in China. The Japanese market, as covered by the Nikkei225 index, closed February on 22,068.24, a loss of 4.46%. Despite improving data from the Eurozone and Germany, European stock markets are under pressure as investors face the prospect of QE ending. The Eurostoxx50 in mainland Europe fell 4.64% to 3,438.96.

Gold fell 1.99% over the month to close February on $1,317.99 a Troy Ounce. The gold price fell at the end of the month following Jerome Powell’s first speech to lawmakers, as the dollar rallied. Oil slipped (2.65%) in February, to close out at $66.23 a barrel, as measured by the Brent Crude benchmark.

UK public borrowing for the year to date stands at its lowest level since the financial crisis, a situation which should ultimately provide Chancellor Philip Hammond with a welcome windfall.

Data released by the ONS shows that the UK’s public sector net borrowing (excluding state owned banks) totalled £37.7 billion during the period from April 2017 to January 2018. This was £7.2 billion lower than the same period in the previous financial year and the lowest year-to- date net borrowing figure since January 2008.

It was also much lower than the comparable level of borrowing predicted by the Office for Budget Responsibility (OBR) in their Autumn Budget forecasts. Commenting on the latest figures the OBR admitted that: “Overall, it now looks clear that borrowing in 2017-18 will undershoot our November forecast by a significant margin”.

The OBR did also point out that there are still two months of the financial year left and that the public finances could yet weaken during that time. In addition, it is still not clear exactly what long-term impact Carillion’s liquidation will have on public sector finances.

However, the level of borrowing reported so far this year undoubtedly provides the Chancellor with a welcome boost. Mr Hammond is set to deliver his Spring Statement on Tuesday 13 March, although the Treasury has played down expectations of the event. A spokesperson suggested that the statement will have: “no red box, no official document, no spending increases, no tax changes” and will only last 15-20 minutes.

While this year’s Spring Statement may therefore turn out to be a relatively low-key affair, it will include the OBR’s updated forecasts for the UK economy. And it now seems clear that these will be much more palatable for the Chancellor than the ones he had to deliver during his Autumn Budget.

The second half of 2017 saw the UK economy record its strongest consecutive quarters of productivity growth since the 2008 financial crisis.

Official data released by the ONS suggests that UK labour productivity, as measured by output per hour, rose by 0.8% in the three months to December. This follows growth of 0.9% in the previous quarter and means that the latter half of 2017 saw the strongest six-month rate of productivity growth in almost a decade.

This contrasts sharply with the historically weak performance that had been evident since the global financial crisis. Indeed, UK productivity had previously stagnated with the past 10 years overall witnessing the slowest rate of growth since modern records began: analysis of BoE and ONS data suggests it has been the least productive decade since the early 1820s when the country was emerging from the Napoleonic wars.

Low productivity growth has played a key role in squeezing living standards and has presented a severe challenge to policymakers in recent times. Indeed, the OBR’s gloomy economic growth forecasts which grabbed the headlines following the Autumn Budget were largely the consequence of a downward revision to the UK’s long-term productivity rates. This downgrade followed repeated disappointment as previous expectations of a pick-up in productivity failed to materialise.

While the recent growth in productivity certainly provides some encouragement, policymakers are likely to require more evidence before determining whether the recent growth is a blip or the start of a longer-term trend. This certainly seems to be the case with Sir Dave Ramsden, a deputy Governor of the BoE. During a recent speech in Cambridge he commented that: “It is reasonable to argue that we are in a new paradigm of lower productivity growth, and that is reinforced by the global nature of the weakness.”